This year The Dead South are touring and are giving special performances of their hit covers as well as their newer material from their most recent release. They will be at the Northern Alberta Jubilee Auditorium on Monday the 9th of January 2023 and are inviting you to join them for an evening of great blue-grass twang with a diverse mix of other music genres, showcasing their passion and edge as a blue-grass group. You can be there by booking your tickets now, so do it without delay and guarantee your seats for the 9th of January next year at the Northern Alberta Jubilee Auditorium. 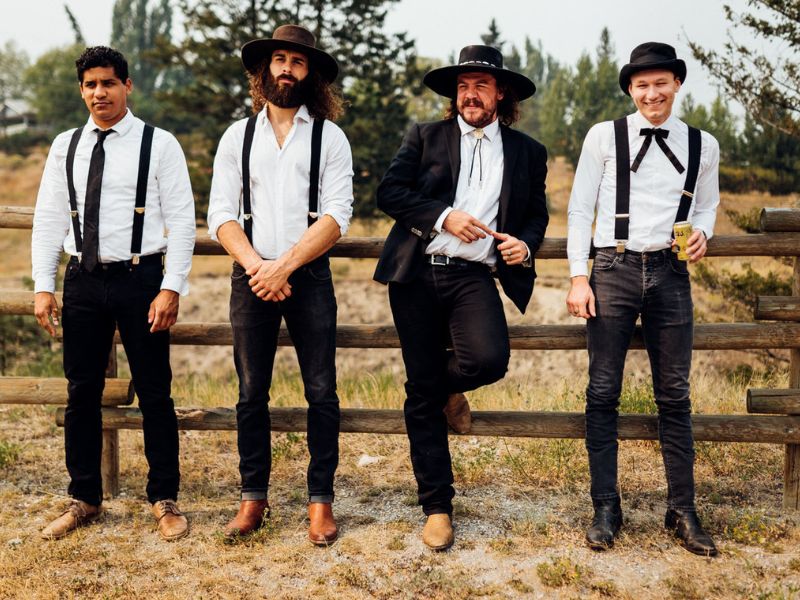 The Dead South formed in 2012 and have been wowing audiences with their blue-grass roots and ability to take a song and make it a creation all their own. Their combination of cello, mandolin, banjo and guitar prove that barriers can be broken in music, and it is about how, not what, you play. With tracks such as ‘Keep On The Sunny Side’ and ‘Will The Circle Be Unbroken’, The Dead South have created a fan base that love their mixture of paying homage to blue-grass music and also giving it an edgy make-over. They are ecstatic to be back on the road touring with their ‘Served Cold Tour’ this year and next year, and are excited to share some of their latest material live. In March 2022 they released their EP, titled ‘Easy Listening for Jerks Part 2’, and have taken a different edge with their tracks, veering further away from traditional blue-grass tunes, with covers such as System of a Down’s ‘Chop Suey’ being an unexpected delight. So, join the epic, self-styled 4-piece string band that has been playing for a decade and experience for yourself their music live as they ‘serve cold’ some of their greatest and latest material on stage.