The Whirlwind returns with its tenth Canadian tour, ShumkaDancers On Tour at Northern Alberta Jubilee Auditorium on Friday, April 8th 2022. After decades of performances near and far, Shumka is returning to its home, for a celebration of 60 years of performance history. Featuring two brand-new works including the whimsical, Mosquito’s Wedding, followed by a salute to the past through an adaptation of Shumka’s celebrated signature work, Echoes of Hopak. Come and experience the wonderful traditional Ukrainian dance, blended with Canadian lifestyle, this is a one of a kind dance group that you will not find anywhere else! 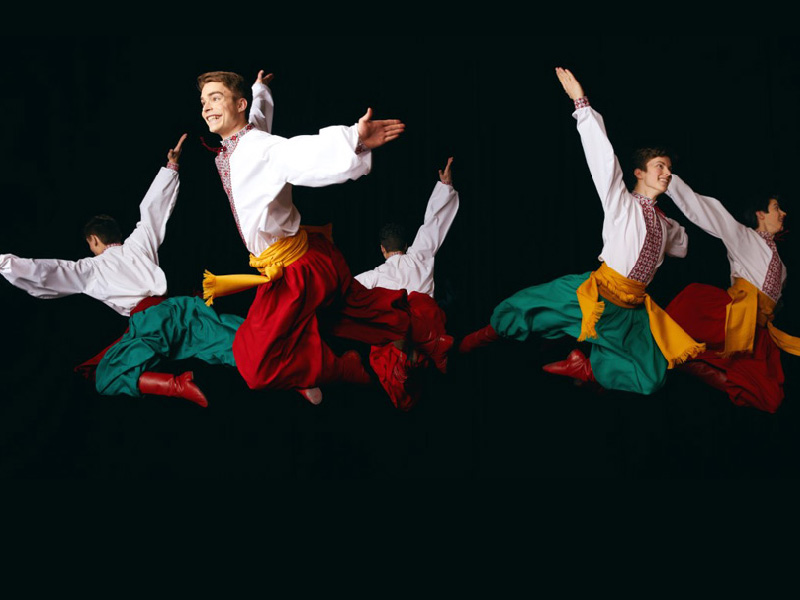 The entire meaning behind Shumka is, “whirlwind,” a powerful display of artistry, energy and emotion expressed through dance. With over 60 years of performance history, shaping the Ukrainian Shumka Dancers’ signature dance style, combined with true respect for their heritage, Shumka continually challenges the conventional boundaries to define the art form of Ukrainian Canadian dance today.

Celebrating Shumka’s legacy as one of the most exciting dance companies in Canada, Shumka on Tour will feature two brand-new works including the whimsical, Mosquito’s Wedding, An all-new production inspired by a traditional Ukrainian folk song. Join in a fairy-tale land of insects from various regions of Western Ukraine as they celebrate diversity, overcoming stereotypes, acceptance
and above all, LOVE. Followed by a salute to the past through an adaptation of Shumka’s celebrated signature work in Echoes of Hopak. In addition, the Tour production will include Shumka’s most recent film project, Promised Land, which is a tribute to the 130th Anniversary of Ukrainian immigration to Canada.

“An evening of breathtaking dance and spectacle. The Ukrainian Shumka Dancers, with this production, move into the major leagues of dance in Canada.” — COLIN MACLEAN, CBC TELEVISION

“One doesn’t just watch the Shumka Dancers — they are absolutely thrilling to experience. Their dash and vigor, their number and harmony, their sheer joy of dance… make them unquestionably unique.” — VERONICA TENNANT, PRIMA BALLERINA, AUTHOR, BROADCASTER