Back With Flying Colors, the Shumka School Of Dance Winter Concert at Northern Alberta Jubilee Auditorium on Sunday, February 27th 2022. After the pandemic-related cancellation of the 2021 Winter Concert of The Nutcracker, ShumkaDancers are thrilled to announce that they are soaring back! The Shumka School has over 200 children involved in its syllabus-based classes, including Core and Intensive Division programs, and this is your chance to see them preview their 2022 Season of dances before they head to the Dance Festivals in the Spring. So, grab your tickets now to this exclusive show! 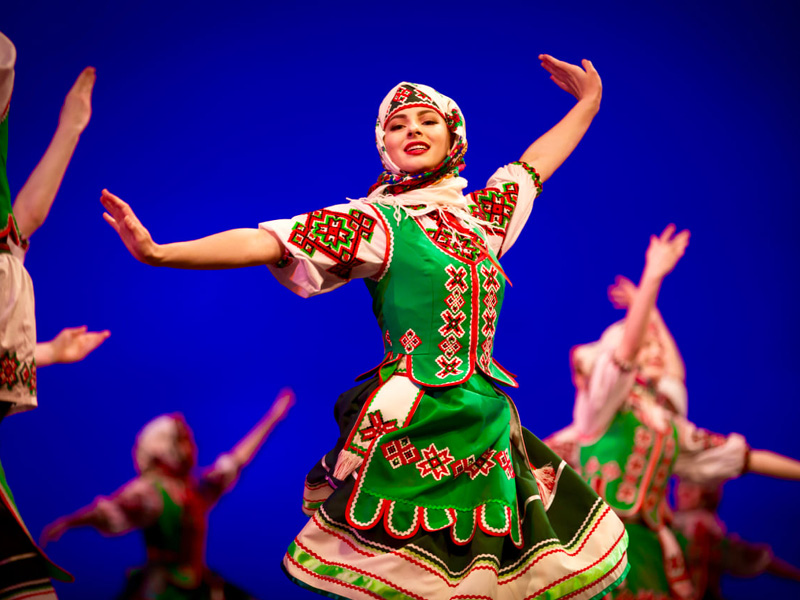 More than 60 years of performance history has shaped Shumka’s signature music and dance style. While maintaining deep respect for their heritage, Shumka continually challenges conventional boundaries to define the experience of Ukrainian dance in the context of today’s society. Shumka strives to express the human experience through the lens of an ever-evolving Canadian-Ukrainian dance form, by presenting, promoting, preserving, developing and sharing Canadian-Ukrainian inspired dance in the community. They create a broad scope of original and collaborative interpretive works built upon the foundations of the Canadian and Ukrainian life experiences of its artists, and the rich heritage of the Ukrainian folk culture.

Shumka School of Dance was established in Edmonton, Alberta in 1959, the Ukrainian Shumka Dancers is Canada’s only professional Ukrainian dance company. They present dance-theatre touring productions, as well as intimate concert repertoire, across the country and around the world. With shows seen by millions on international television broadcasts, the company has presented command performances for Queens, Prime Ministers, and Presidents, and have performed alongside the likes of Andrea Bocelli, Julie Andrews and Ukrainian artists including Ruslana. Along with Alberta Ballet and Edmonton Opera, Shumka is honored to be a resident company of the Northern Alberta Jubilee Auditorium.