The whirlwind of Ukrainian Shumka Dancers will once again sweep audiences in complete awe and excitement this fall as the world-renowned ensemble will be back at the Northern Alberta Jubilee Auditorium on October 7, Friday. The vibrant culture of Ukraine presented in a series of mind-blowing dances will enthrall all spectators in an evening that also celebrates the 130th Anniversary of Ukrainian immigration to Canada. If you haven’t seen this extraordinary showcase of culture and incredible artistry, this is your chance to see the Ukrainian Shumka Dancers on one of Alberta’s biggest stages. Show your support and love for Ukraine. Grab your tickets for the show today! 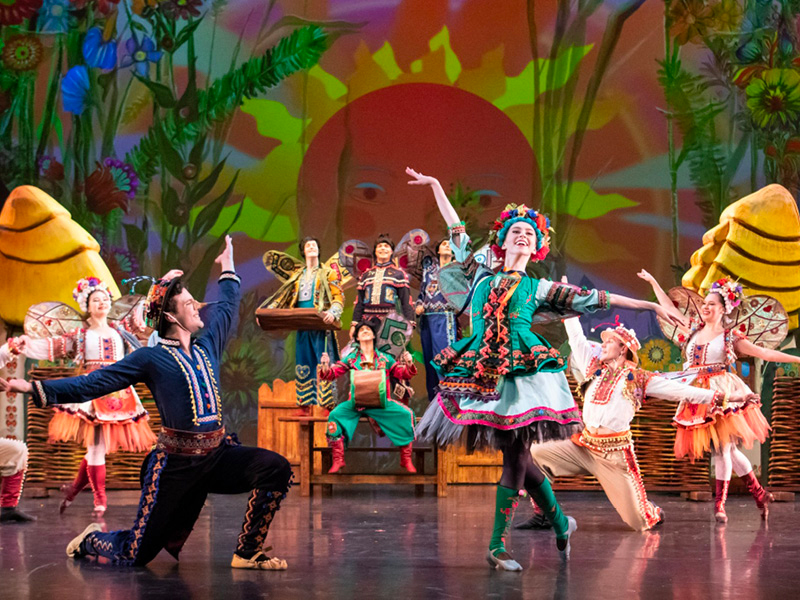 In its 10th year of showcasing the Ukrainian Shumka legacy, the Shumka Dance Company will tour all around Canada again. This year is extra special not only because the dance ensemble is celebrating a decade of touring but also the 130th anniversary of Ukrainian immigration to Canada. Shumka, being one of Ukraine's intangible treasures, is a traditional dance style that is performed by well-rounded, ballet-trained Ukrainian dancers with high-performance levels. This year's performances will feature two new works: the Mosquito's Wedding" and "Echoes of Hopak." The whimsical Mosquito's Wedding is a love story with a strong theme of love and is deemed by critics as a true feast for the eyes. Echoes of Hopak, on the other hand, is a dance that explores the historical path of the whirlwind while paying tribute to over 60 years of Shumka's artistic journey.

Literally translated to "whirlwind," Shumka was hailed by the Toronto Star as "Canada's National Treasure." For more than 60 years, the Ukrainian Shumka Dancers' signature dance style has shown a powerful display of artistry, energy, and emotion through its uniqueness that offers Ukraine's rich history. Adding to Shumka's richness, the tour will include Shumka's most recent film project, "Promised Land." This is a tribute to the 130th Anniversary of Ukrainian immigration to Canada and a dance tribute to the conflict in Ukraine.

If you missed the Ukrainian dancers' performances last May at the Northern Alberta Jubilee Auditorium, this is your chance to see them live. Catch them this Friday, October 7. Show your support for Ukraine through this show. Now more than ever, Shumka should be celebrated to show Ukraine's strength as a nation. Get your tickets here now. Hit the "Get Tickets" link to order your tickets.