Friday night is ballet night at the Northern Alberta Jubilee Auditorium this September 23 as the Royal Winnipeg Ballet brings the unforgettable steering classic of The Handmaid's Tale. Immerse yourself in the wonderful world of ballet and be blown away by the world-class production and superb performances from the famous ballet ensemble. Let RWB's raw and dark adaptation of the Margaret Atwood dystopian novel awe you through poignant storytelling presented in jaw-dropping performances and highly-creative choreography. If you haven't booked tickets for the three-night show, just click the "Get Tickets" button to get the best price for its September 23 run. Reserve yours as early as today to get the best seats in the venue. 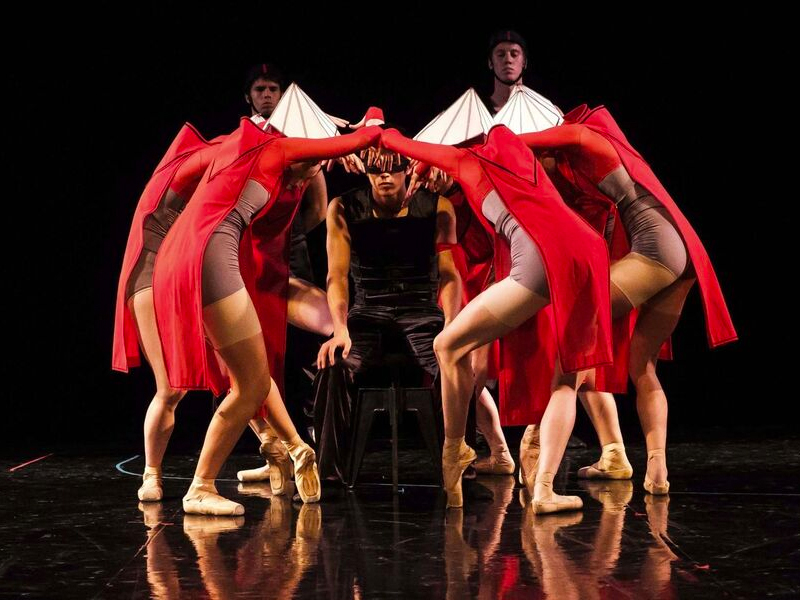 Choreographed by the famous New York-based choreographer Lila York, Royal Royal Winnipeg Ballet's The Handmaid's Tale is a poignant and powerful production based on Canadian literary giant Margaret Atwood's dystopian, prescient 1985 novel. Billed as a "dance-drama," the ballet production follows the account of Offred, a "handmaid" (women who were forced to bear the children of the oppressing powerful men called "commanders"), and her struggle to resist and seek independence in a totalitarian, theonomic world.

Through non-verbal ballet idiom, performed en pointe and structured as 16 episodic scenes that form a narrative arc, the show captures the thrill and essence of the novel, making it raw and dark. Since its conception in 2013, the production has successfully shown a fearless female protagonist who sits well with the narrative of the "Me Too" movement.

Aside from the impeccable choreography and superb performances, the production boasts a driving contemporary pastiche musical score and a highly-creative multi-level set that complements the color-coded costumes of the dancers. This is simply one of the most visually-pleasing ballet shows to come to Northern Alberta Jubilee Auditorium. The show will run for three nights, from September 22-24. If you decide to watch this highly-anticipated production on its second night on September 23, Friday, you can get your tickets here. Hit the "Get Tickets" button to secure your tickets fast and safely.