A haunting performance of one classic story will welcome ballet enthusiasts this March 10, 2023, as the Alberta Ballet presents "Giselle" at the Northern Alberta Jubilee Auditorium. Join the renowned ballet ensemble as they give life to the vengeful ghost of a woman awakened by betrayal and revenge. Let the stunning new interpretation of this classic masterpiece remind you of the power of love through a world-class production led by the artistic direction of Christopher Anderson. If you have enjoyed Alberta Ballet's take on the classics, such as "Cinderella," "The Sleeping Beauty," and "Swan Lake," Giselle will surely do the same. Revisit this classical work and be inspired by the timeless foundations of art. Reserve your tickets as early as today and get the best seats in the venue. 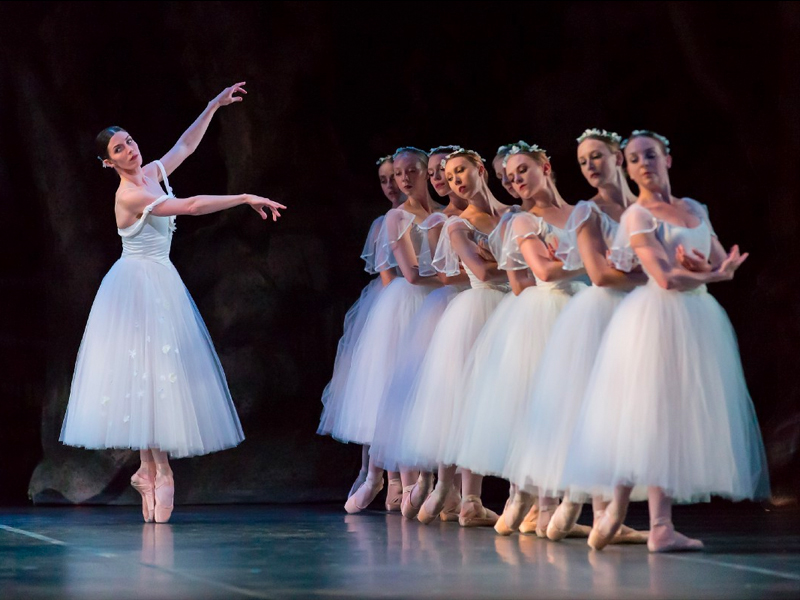 Alberta Ballet was founded in 1958 by Muriel Taylor and Dr. Ruth Carse. Since its beginning, the company's mission has been central: "to ignite the curiosity and imagination of people in all communities across the province." With this aim, they have showcased different shows and collaborated with multiple companies to bring the art of ballet dancing to the people. Apart from national and international tours, they have entertained viewers in the Northern Alberta Jubilee Auditorium in Edmonton, Alberta, and in the Southern Alberta Jubilee Auditorium in Calgary, Alberta, where the company is a resident.

In their 2022-2023 season, led by artistic director Christopher Anderson, there are many must-watch productions, such as "The Handmaid's Tale" from guest company Royal Winnipeg Ballet and their very own "Giselle."

"Giselle" is a magnum opus classical ballet that has mesmerized audiences since the 1840s. It tells the story of a young woman named Giselle, who fell deeply in love with a cunning nobleman named Albrecht. The deceitful seduction of Albrecht to Giselle was later revealed, leading to a heartbreak that killed the fragile lady. When her ghost transcends, she becomes a part of the Wilis, which are women who died from lovers' betrayals. Seeking revenge, the ghost women decided to punish Albrecht to death. But before they can do so, Giselle forgives and saves him from the vengeful ghosts. After that, she finally rests peacefully, leaving the remorseful Albrecht to grieve her.

See the ghostly production of Giselle by the Alberta Ballet at the Northern Alberta Jubilee Auditorium on Friday, March 10, 2023. This hauntingly beautiful classic will become an unforgettable watch for you. Grab tickets now!