Completed in 1995, the magnificent Northern Alberta Jubilee Auditorium was built to celebrate the 50th anniversary of Alberta. Situated on a 13-acre site next to the University of Alberta, it is one of the city’s most recognisable landmarks. Permanent home to the Edmonton Opera and Alberta Ballet, the Jubilee Auditorium has hosted a vast array of touring productions including Broadway, theatre, stand-up comedy, orchestral and contemporary music, dance festivals, and award ceremonies!

In addition to its phenomenal main theatre, featuring 3 levels of seating, the Auditorium has a meeting room, banquet room, rehearsal hall and luxury suite available for rent, along with the ability to have trade shows or meetings in the theatre and lobby.

The theatre and its incredible resident orchestra are known worldwide; in 1971, Procol Harum, British rock band, performed a show on November the 18th, which was recorded and released as a live album entitled “Procol Harum Live: In Concert with the Edmonton Symphony Orchestra”. 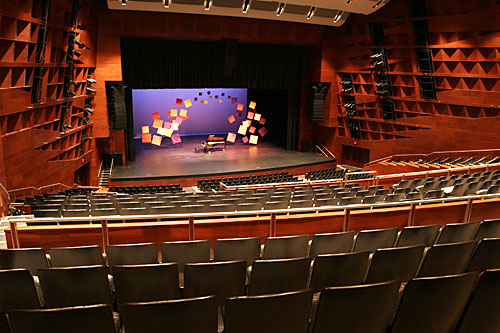