The Cult: Under The Midnight Sun Tickets

Britt Post-Punk Rockers, The Cult return with a fall tour and brand-new album, Under the Midnight Sun, comes to Northern Alberta Jubilee Auditorium on Sunday, September 18th 2022. Grab some tickets, throw on your favorite dark robes and prepare a lamb for the slaughter! Under the Midnight Sun will mark the Cult’s 11th studio album, their first new music in 6 years, and follows their most recent LP, Hidden City, which was released in 2016. The Cult also gave fans their first taste of the upcoming album in the form of the soaring lead single, "Give Me Mercy," watch it down below. 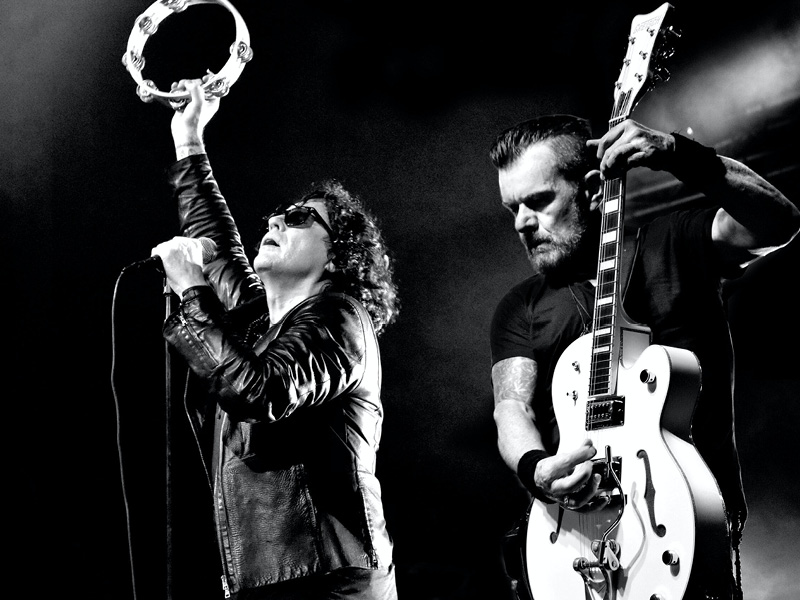 The ever-evolving band, The Cult, started out across the pond in 1983 in Bradford, West Yorkshire, England. Performing under the name Death Cult, which itself was an evolution of the name of lead singer Ian Astbury's previous band, Southern Death Cult. The band has also undergone several changes to its lineup, and musical direction since its forming, with its two founding members, singer, songwriter Ian Astbury and lead guitarist Brian Duffy, becoming the only members to see it all through.

The Cult saw huge success with their first two albums in the UK music scene, but it was their third album, Electric, in 1987, that launched them to new heights of success, peaking at number 4 in the UK and charting highly in other territories, it spawned the hit singles "Love Removal Machine", "Lil' Devil" and "Wild Flower".

After moving to Los Angeles, California, where the band has been based for the remainder of their career, the Cult continued the musical experimentation of Electric with its follow-up album, Sonic Temple, in 1989. Their most successful album to date, entering the Top 10 on the UK and US charts, and included the band's most popular song, "Fire Woman".

On July 7, 2022, the band announced Under the Midnight Sun as the title of their new album, due for release on October 7, and released "Give Me Mercy" as its first single.