Taylor Tomlinson comes to Northern Alberta Jubilee Auditorium on Friday 29th April 2022 as part of her Deal With It tour. The 2022 dates include 13th January’s performance at the Revolution Hall before a series of dates across the U.S. It will conclude on 6th May at Ace Hotel. Taylor Tomlinson recently released her first hour-long Netflix special, “Quarter-Life-Crisis,” where fans saw the brilliance and outstanding ability of the artist. The special earned critical appraise unanimously from comedy critics, and it was a massive hit. Get your tickets right now if you want to see a special night of comedy with Taylor Tomlinson! 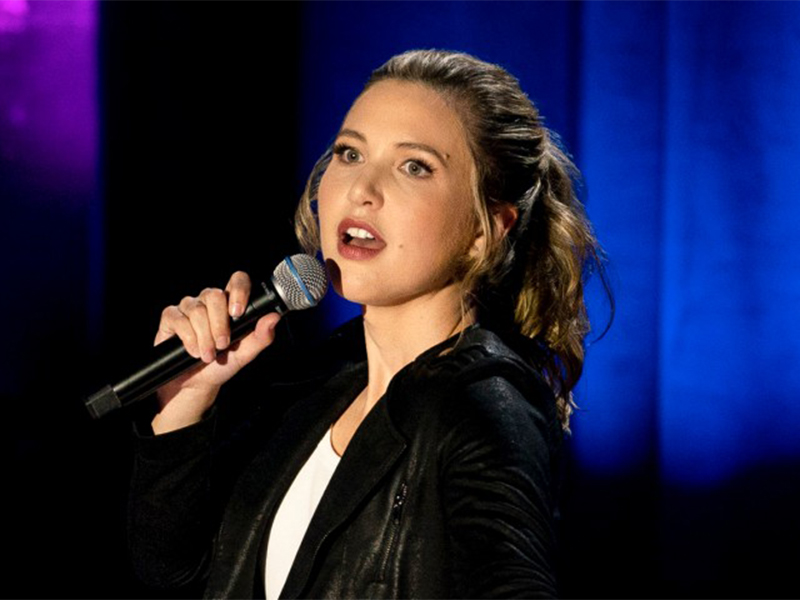 Taylor Tomlinson has been a stand-up comedian for the past decade, but she gained widespread recognition after her Netflix special. She started as a teenager, performing in basements, and her first major work was in the TV series, laugh. In 2015, she made it to the top ten of Last Comic Standing, and in 2018 she was seen on The Tonight Show, Starring Jimmy Fallon. She was also named to Forbes’ 2021 Class of 30 under 30.
Taylor’s comedy is hilarious but, at the same time, very clever too. There is a level of intellect in almost all of the jokes, making her even a more attractive brand of comedy. She hilariously takes up on the idea that twenties are indeed not the best years of one’s life as one is constantly in between the dilemma of being too old to party and too young to settle down. She is emerging as one of the best comedians in the country and one of the most sought-after ones too. If you want to enjoy an amazing night of comedy with Taylor Tomlinson, get your tickets right now before they are sold out!