Combine your love for ballet and your adoration for classic literature as the Royal Winnipeg Ballet performs the highly-anticipated return of The Handmaid's Tale at the Northern Alberta Jubilee Auditorium. Since its 2013 premiere, the renowned ballet production has brought joy to thousands of spectators with the creative reimagining of the unforgettable steering classic. Be captivated by the spectacular costumes, grand staging, and breathtaking performances that will truly blow you away. Grab your tickets for the first of the three-night show on September 22 (Thursday) and prepare to be blown away by Royal Winnipeg Ballet's world-class production. Get your tickets here by hitting the "Get Tickets" link. 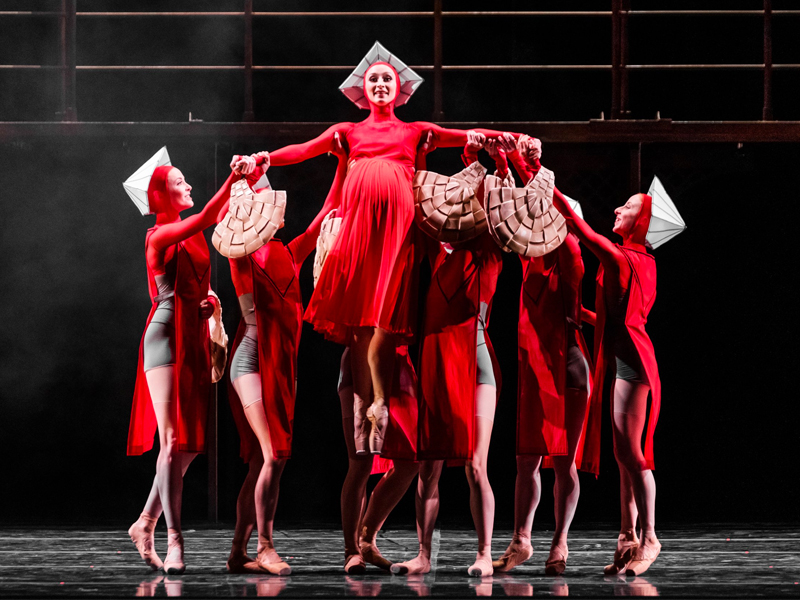 After the pandemic halted live shows, the Royal Winnipeg Ballet is rearing back to perform their marvelous ballet shows. One of these is their rendition of The Handmaid's Tale. A new take on an unforgettable steering classic, ready to immerse you with fantastic staging, costumes, and performances.

The Handmaid's Tale is a dystopian novel by Margaret Atwood published in 1985. With its intriguing themes, the book has become a staple of literature classes and a favorite discussion topic of many people. The story is set in a near-future totalitarian, theonomic America called the Republic of Gilead. With an oppressive rule influenced by a corrupt interpretation of The Old Testament, human rights were constrained, significantly limiting women of their freedom, individuality, and rights. The story follows the account of Offred, a "handmaid" (women who were forced to bear the children of the oppressing powerful men called "commanders"). It will be up to her to navigate this predicament, resisting and seeking the independence she deserves.

Multiple versions have been made of this classic on different forms of media. Its ballet adaptation was produced by the Royal Winnipeg Ballet and choreographed by Lila York. Since its premiere in 2013, it has captivated people. It has been praised for its fresh interpretation of a well-known classic.

If you loved the novel, the tv show, and other versions of The Handmaid's Tale, you should see the show presented by the Royal Winnipeg Ballet at the Northern Alberta Jubilee Auditorium in Edmonton, Canada, on Thursday, September 22. Tickets are now available!