American comedian Nate Bargatze comes to Northern Alberta Jubilee Auditorium on Saturday 18th June 2022. This performance is part of his tour, The Raincheck Tour, which is highly anticipated by his fans because of his recent successful Netflix special, The Greatest Average American. Bargatze's comedy is very clean, comfortable and relatable for everyone, noticeable in his appearances on Late Night with Conan O'Brien and The Tonight Show Starring Jimmy Fallon. Pandemic had disturbed Nate's live performances a lot, due to which he had to change his show dates quite frequently but now he is back on stage with his hilarious comedy and his fans are excited to see him back. So do not miss the chance to see Nate Bargatze performing live at Northern Alberta Jubilee Auditorium on 18th June. Book your seats now! 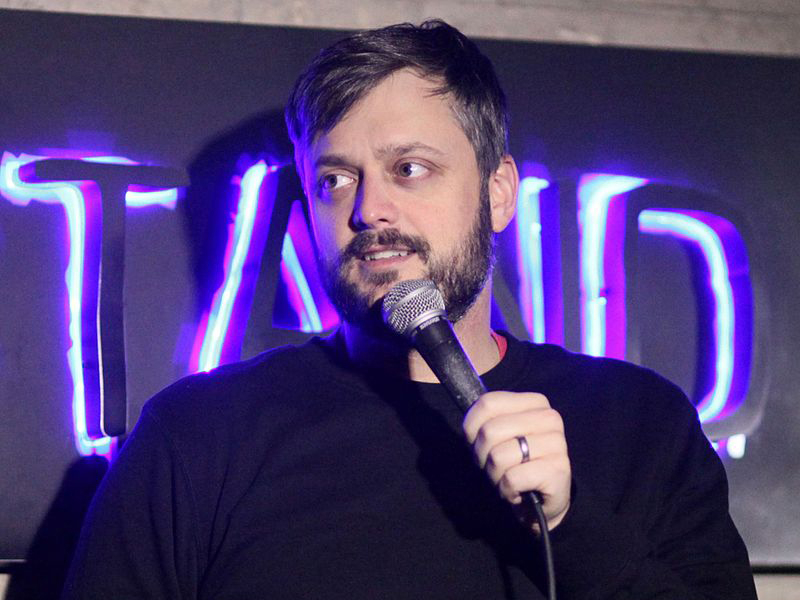 Nathanael "Nate" Bargatze's first solo show, The Tennessee Kid, was broadcasted in March 2019. It gained a lot of popularity and came under discussion globally. Before that in 2013, Nate won awards at New York's Comedy Festival and the Boston Comedy Festival for his project, Clean Cut Comedy Tour, along with Jimmy Fallon. He also made it onto the Billboard Top Ten Comedy Charts for his first album, Yelled at by a Clown, in 2014. These milestones were an excellent booster for the young comedian which eventually led to a lot of recognition in America. Nate's comic vision and inspiration came from his Italian descent father, Stephen Bargatze, who is known worldwide as a comedian and motivational speaker. Stephan has served for more than 25 years in the same industry and won several awards. His hardcore fans still remember his comedy acts!
Nate Bargatze's art of giving meaningless daily issues great importance in such a humorous way is what he is known for. His comedy is a much-needed mental break from daily monotonous routine for all of his listeners. Nate's live-performing scripts are so funny and relatable that everyone in the room enjoys it to the fullest. So get ready and book your tickets right now and see Nate Bargatze live on Saturday 18th June 2022.