The power couple and master musicians Natalie MacMaster and Donnell Leahy will be taking the Northern Alberta Jubilee Auditorium by storm this November 26. Be enthralled as these skilled violinists bring a fresh take to their traditional Celtic roots while still commanding the stage. Fans will get to experience the same rave-ups, ballads, and step dancing that have had people up and dancing all around the world. Get your tickets for the show and prepare to be awed by their incredible performances in an evening of genuine music and incredible stories of love and family. Reserve your tickets now by clicking the "Get Tickets" link on this site. 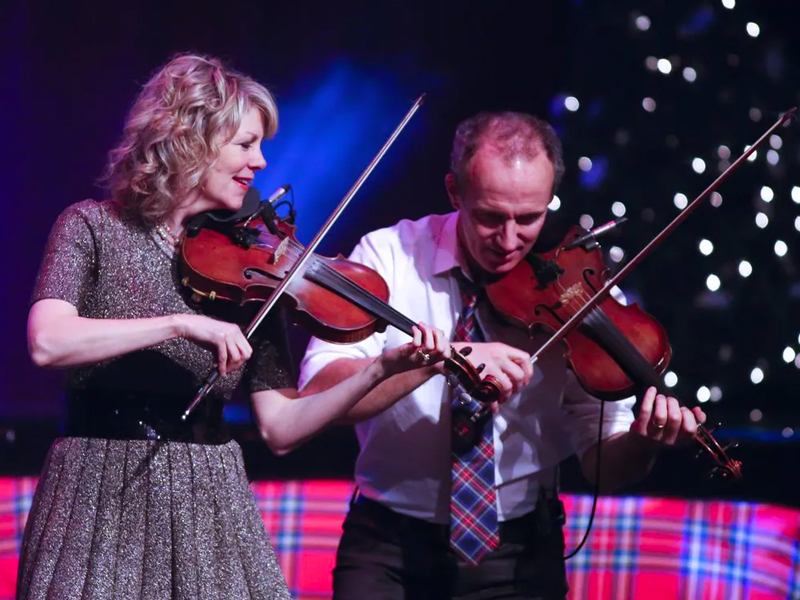 Natalie Macmaster and Donell Leahy are two of the most exceptional fiddlers of today's time. When they married in 2002, their musical dynamics reached new heights. "The fiddle was definitely common ground for us when we first got together," MacMaster said. The couple's first collaboration was their 2015 album "One," produced by Bob Ezrin. This was continued with the 2016 album "A Celtic Family Christmas." Both works secured their respected spot in the music industry, with sales reaching a million. The two have also been known to work with musical legends such as cellist Yo-Yo Ma, bluegrass-country singer Alison Krauss, banjo instrumentalist Bela Fleck, and superstar Shania Twain.

Apart from Natalie and Donell, their children are the highlight of their live performances. The six equally musically inclined children are great performers and are well-loved by their fans.

Come jive with them at The Northern Alberta Jubilee Auditorium on Saturday, November 26. Tickets are now available. Get yours now by clicking the "Get Tickets" link.