It's time to rock on and let it all out in this new era as the crowd-favorite Canadian indie rock act, Mother Mother, embarks on The Inside Tour with a pitstop at the Northern Alberta Jubilee Auditorium on Monday, 2nd of May 2022. The indie-rock sensation from British Columbia dropped their latest studio record "Inside" last June of 2021. The record explores introspection, “Inside” tells the story of going within to address the “various knots of the soul.” the band explained. As the new year arrived, Mother Mother is set to kick off with a global tour to deliver stellar live rock music for the soul. Fans can expect fresh music from their newest album such as the singles "I Got Love", "Life", "Pure Love", "Sick of the Silence, and fan-favorites such as "Let's Fall In Love", "Get Up", "The Drugs", "Hayloft", and "The Stand". It's time to fire away with a fresh start with your favorite indie rock music for the soul, brought to you by Mother Mother. Book your tickets now! 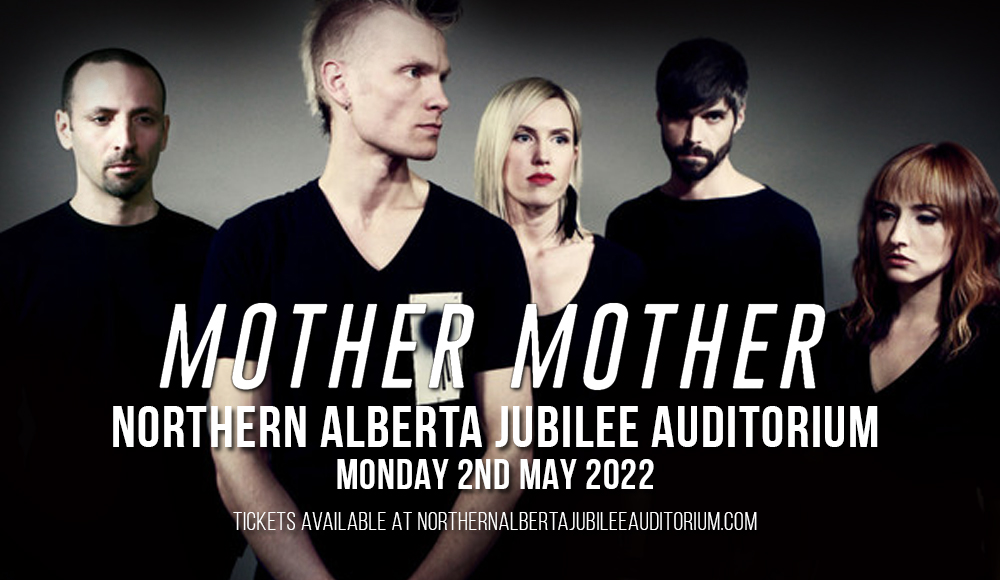 The band sets its roots in Heriot Bay in British Columbia in 2005 when present guitarist and vocalist Ryan Guldemond drew interest in starting a band. The band was formed and then released an independent self-titled debut album. Vancouver Province included the band in the top 5 BC bands to watch out for in 2007, which drew attention and acclaim for their debut record.

By 2006, they set foot on the name "Mother Mother" as recommended by their label to avoid issues with their previous name being generally "Mother". Their debut album was re-released with a new name "Touch Up". They dropped their second studio record "O My Heart" in 2008 that featured the crowd-favorite single "Hayloft".

The band's latest single "Life" is explained as "…a reminder that wherever we are, despite situational flaws, we're right where we belong, and if we keep forging ahead, breakthroughs will inevitably occur." Ryan Guldemond explained.

As life moves on, Mother Mother is set to heal the insides of listeners' souls to bring back life with the power of their striking indie rock tunes. Don't miss out on this chance to catch the Canadian indie rock sensation, Mother Mother, live on stage near you! Book your tickets now!