Jim Jefferies brings another hilarious night of stand-up comedy to Northern Alberta Jubilee Auditorium on Friday 22nd April 2022 as part of his Moist Tour 2022. Jefferies’ last tour, Oblivious, was a huge success and his fans expect nothing less from the upcoming tour. The pandemic has made life difficult for many performers, including stand-up comedians, but it’s a relief for Jefferies and his fans alike to be back. Jefferies style of comedy and satire is parallel to none, so he is one of the most sought-after Australian-American comedians right now. If you want to see him live, get your tickets right now! 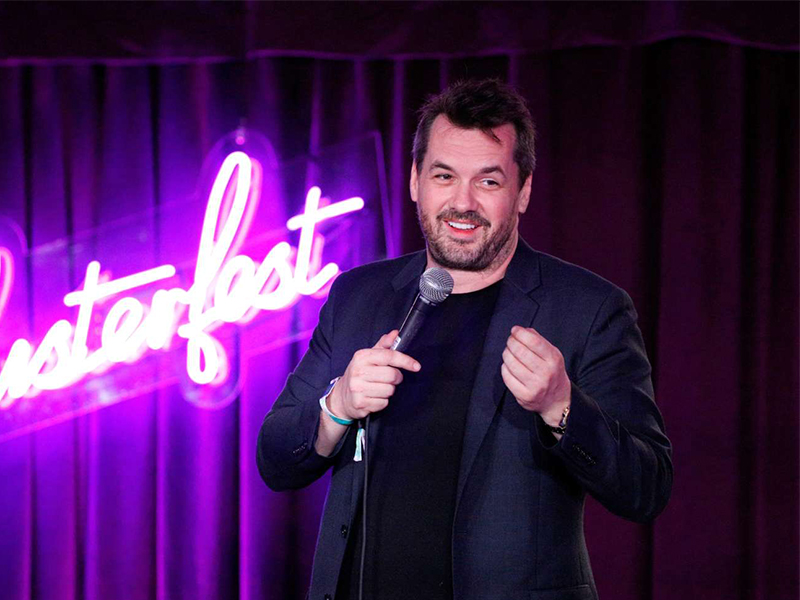 Jim Jefferies is not just a stand-up comedian, but he is a very talented actor and writer. His scripts reflect a great deal of intellect alongside brilliant comedic timing. His ideas are thought-provoking, provocative, and belief-challenging in a way that pushes you to think about his jokes even long after he’s made them. Audiences belonging to all backgrounds can enjoy his comedy and his lively stage presence.
He was the stand-up comedian of the year at the laugh festival in 2019 and currently has a podcast: I don’t know about that with Jim Jefferies. He also released his own comedy specials on Netflix, which became immensely popular during the pandemic as people resorted to streaming websites and apps for entertainment due to lockdowns. Jefferies also believes in encouraging emerging comedians and providing them with a platform to showcase their talent. He has a wonderful stage presence and his jokes, as his fans put it are “always funny”. Catch Jim Jefferies live by getting your tickets right now to his show at the Northern Alberta Jubilee Auditorium on 22nd April. Hurry up before all the spots are gone!