March 2 will be an eventful day at the Northern Alberta Jubilee Auditorium, as the iconic collaboration of the Grammy award-winning artist Jason Isbell and The 400 Unit will be witnessed again in a concert that will bring all folk and country fans on their feet. Get your tickets for this exclusive one-night concert and immerse yourself in a Springsteen-like collective country-rock experience. If you have enjoyed the 2009 album of Jason Isbell and the 400 Unit, this concert is definitely a treat for you. Sing along to memorable singles from the album, including “Seven-Mile Island,” “Cigarettes and Wine,” “Soldiers Get Strange,” and many others. Grab your tickets now and prepare to join hundreds of other country rock lovers in experiencing the raw, profound feelings Jason Isbell captures in his songs. Click the “Get Tickets” link now! 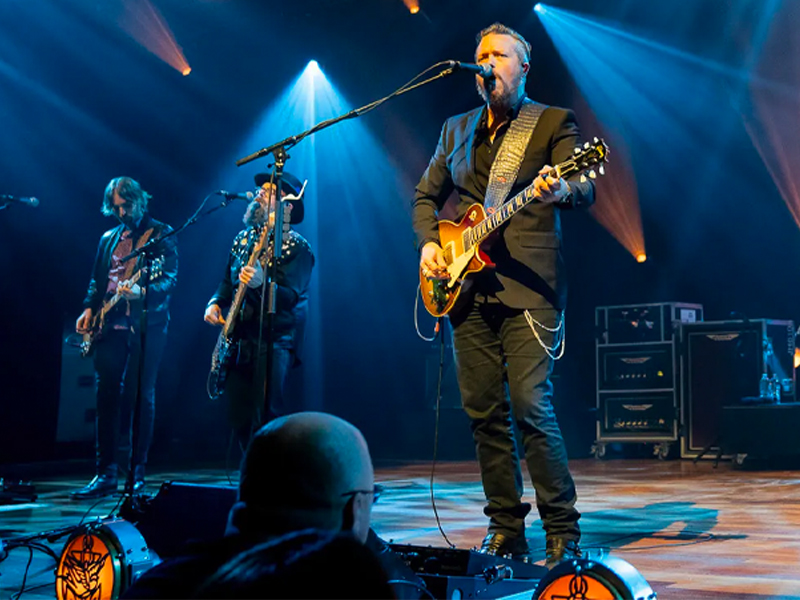 A former member of the band Drive-By Truckers, Jason Isbell debuted a successful solo career in 2007 after releasing his monumental album "Sirens of the Ditch." Thanks to his heartfelt and street-smart alt-country style, he was able to penetrate the saturated world of Americana and Country music industry. With early hits like "Dress Blues" and "Brand New Kind of Actress," Isbell cemented his place in the music scene.

His 2009 follow-up album, "Jason Isbell and the 400 Unit," included a more substantial country rock feel. This is the first album to feature Isbell and The 400 Unit whom he would have a solid, lasting professional relationship in the years to come. Isbell's third album, "Here We Rest," was released in 2011. In comparison to his other works, this one was more attentive to sound quality. The album was a critical and commercial success for the singer-songwriter, earning him a Grammy nomination.

After winning "Album of the Year and Artist of the Year" at the 2014 Americana Music Awards for his collaboration with producer Dave Cobb on 2013's "Southeastern," Isbell kept the momentum going with 2015's "Something More Than Free." The latter album was recognized as the year's top Americana album, while its track "24 Frames" was named the year's "Best American Roots Song." In addition, Isbell and his band, The 400 Unit, won two Grammys and received a CMA Award nomination for their album "The Nashville Sound" in 2017. Even during the pandemic, Isbell showed no signs of slowing down by releasing the album "Reunions" in 2020 and "Georgia Blue" in 2021. Both of these albums feature The 400 Unit as his accompanying band, much to their fans' delight.

This 2023, fans will be even more delighted as they will be treated to a concert tour from Jason Isbell and The 400 Unit. On March 2, 2023, the Grammy-winning musicians will perform at the Northern Alberta Jubilee Auditorium. Here's your chance to see the highly-anticipated concert live. Click the "Get Tickets" link to take advantage of some ticket discounts. Get yours now!