Cheremosh Ukrainian Dance Company: Mriya – Life In Rhythm comes to Northern Alberta Jubilee Auditorium on Sunday, June 5th 2022. Come and celebrate the 50th anniversary of the Cheremosh Ukrainian Dance Company. Men leap to amazing heights with their breathtaking acrobatics, while women spin across the stage with incredible beauty and grace. Cheremosh is without a doubt a sight to behold. Join them this year in celebrating both their classic repertoire dances and the premieres of three brand-new dances, complete with fresh original scores and never-before-seen costumes. At the Northern Alberta Jubilee Auditorium, the company will also present a restaged performance of Cheremosh’s Storyline production: “A Lesson Learned”. 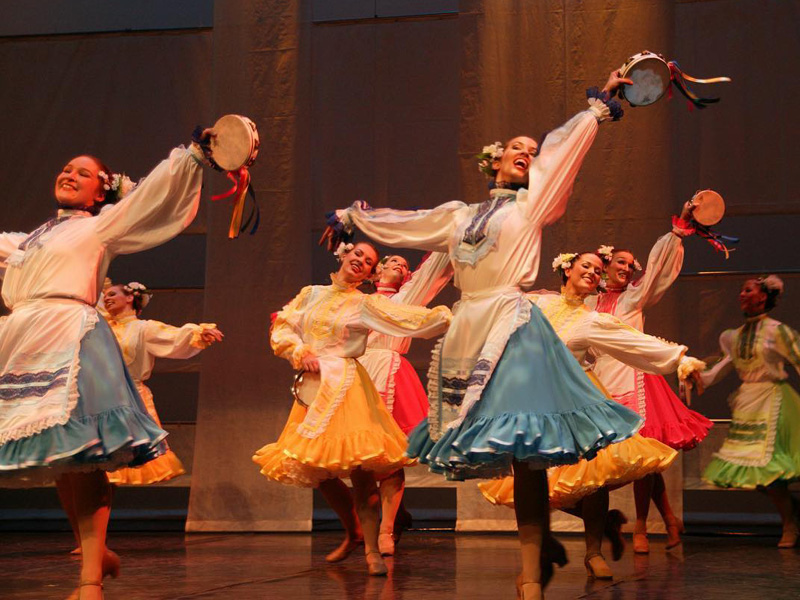 The Cheremosh Ukrainian Dance Company is a leader in Ukrainian Dance in Canada. Through discipline, determination and pride, Cheremosh has earned phenomenal success as a semi-professional Ukrainian dance company. Rich in intensity, energy and spirit, Cheremosh has a reputation of bringing an amazing entertainment spectacle to the stage. Their outstanding skill and discipline has brought them many adventures and successes throughout their forty-year history, including numerous national and international tours, performing for Heads of State, including Queen Elizabeth II and other members of the Royal Family, former U.S. President Ronald Reagan, members of Congress and the Senate, Prime Minister Brian Mulroney, and Alberta Premiers Don Getty, Ralph Klein and Ed Stelmach. The company also produced the first Ukrainian music Compact Disc in the world in 1988.