Are you ready to immerse yourself in the Irish dance and grand illusion sensation that has taken the world by storm? Witness Celtic Illusion's Canada performance this Monday, April 11, 2022, at the Northern Alberta Jubilee Auditorium. Be amazed by this esteemed show that fuses contemporary Irish Dance with magic and awe-inspiring illusions. Bring the entire family in a night full of new spellbinding illusions, entrancing music, and choreography that will make your jaws drop. Secure your tickets for the whole family now and see you in this breathtaking show! 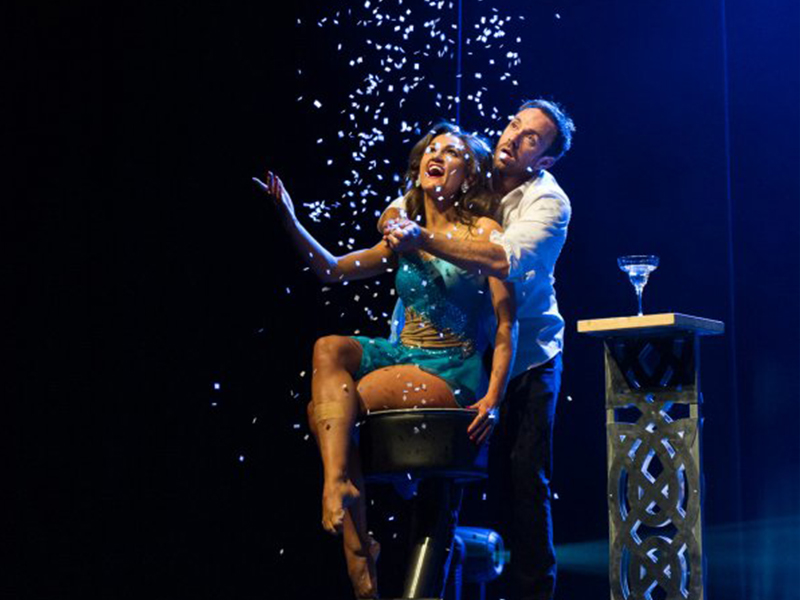 Created by the Lord of Dance Anthony Street, Celtic Illusion is an exhilarating production that has broken barriers in the live entertainment industry by fusing distinctive art forms. As it celebrates its 10th anniversary, spectators of the show can expect new spellbinding illusions, entrancing music, and choreography that they've never seen before.

Celtic Illusion premiered in 2011 in Australia and was led by Australia's very own Anthony Street. He is notable for being the first Australian to perform leading roles in Michael Flatley's widely-acclaimed Lord of the Dance, including the same role that Michael Flatley initially performed himself. The show has been an international hit over the years as it features a cast of champion and internationally-acclaimed dancers, including performers from both Riverdance and Lord of the Dance. Audience members are given the treat of seeing the fastest taps in the world and the perfect unison of dancers' thunderous rhythm on the stage. The magic element is the cherry on top — a big hit for kids of all ages.

After its series of shows were canceled in 2020 due to the pandemic, the entire crew of the Celtic Ilusion is back this year for their North American tour. Produced by Annerin Productions and WEXFORDHOUSE, Celtic Illusion's production this year will feature a new soundtrack composed by a world-renowned team. This includes Angela Little (co-composer of Baz Luhrman's film Australia), Steve Skinner (arranger and producer for artists such as Celine Dion, Stevie Wonder, and the Broadway musical Rent), and Michael Londra (Emmy® nominated singer and producer). With the music, the performances, the grand illusion, the magic, and everything in between, Celtic Illusion Reimagined is sure to give you goosebumps at the end of the show! So make sure to grab your tickets now!